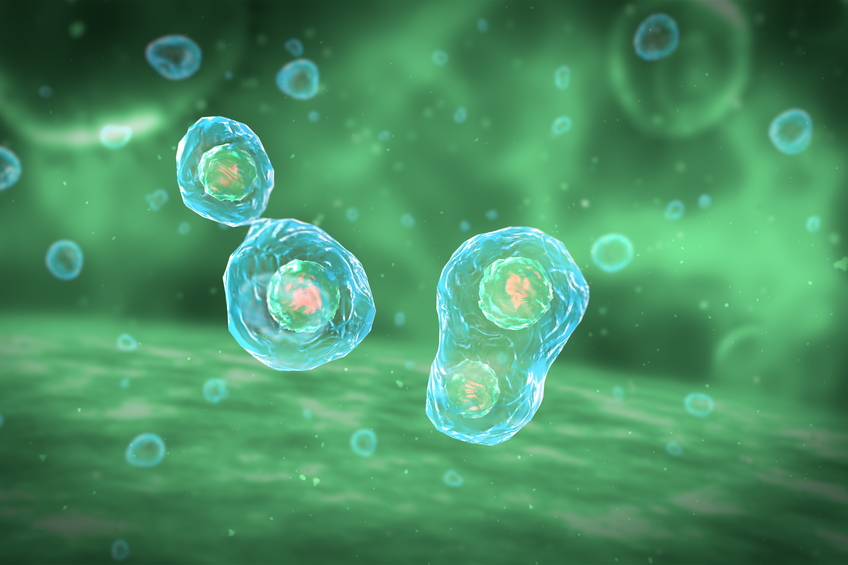 As an incredibly destructive disease, cystic fibrosis implements dangerous symptoms among patients who are genetically susceptible. Cystic fibrosis is characterized by an excessive accumulation of mucus in the lungs and other organs that inhibits breathing, which ultimately leads to inflammation, infection, and eventual organ failure. One of the organs affected by this genetic disorder is the pancreas, whose inflammation and mucus buildup is scientifically termed pancreatic fibrogenesis. Inflammation and infection within the pancreas can exacerbate to pancreatic adenocarcinoma, or pancreatic cancer. Research has suggested that pancreatic stellate cells (PSCs) are heavily involved in this clinical damage to the pancreas and may promote cancer development. Inflammation is predicted to activate and transform these stellate cells into an alternative form, capable of scarring the pancreas and worsening the fibrotic condition. Impaired organs can often progress cancer development, correlating the PSC activation with pancreatic adenocarcinoma.

A recent study sought to overcome and suppress this over activation of PSCs during pancreatic fibrogenesis with the help of phenolic compounds. Phenolic compounds are herbal derived, metabolites that have been utilized in disease prevention across a wide array of conditions. The appeal to these natural remedies is their immense presence in the human diet via fruits, vegetables, and natural beverages such as tea and wine. Berries, grapes, and nuts are characteristically high in phenolic content. Primary mechanisms of these compounds include antioxidant capabilities, anti-inflammatory effects, and mechanisms that fight cancerous agents.

This study aimed to target PSCs with anti-fibrotic remedies and deduce which specific class of these micronutrients is capable of exhibiting such effects. Resveratrol, emodin, rhein, and curcumin were the phenolics studied in regards to pancreatic fibrogenesis. Curcumin is most relevantly found in turmeric and ginger, utilized for detoxification. Resveratrol is more commonly noted as a prime antioxidant in the skin of grapes and berries. Emodin is derived from Japanese knotwood, rhubarb (as is rhein), and is a component of many fungi species.

These compounds were administered at levels that would not provide toxic conditions to the pancreatic cells (emodin at a lower level than the others), and were confirmed to decrease excessive cellular growth within the pancreas. High levels of cell proliferation are a key characteristic in cancerous tumors and growth. The researchers additionally observed suppression of fibrotic agents and proteins when rhein, curcumin, resveratrol, and emodin were administered. These fibrotic agents promote and monitor the inflammatory process that leads to scarring and inflammation in the pancreas.

Researchers concluded that phenolic administration aided to reduce the production of PSC and related mediators in the fibrotic signaling pathway. The alterations to the pathway ultimately alleviated much of the inflammation characteristic to pancreatic fibrogenesis. These results have the stability to propose polyphenol remedy for alternative inflammatory driven conditions such as spinal disc injuries. Next steps in this field of research include applying these herbal compounds to in vitro studies to improve bioavailability of these compounds before they are too rapidly metabolized in the gut.