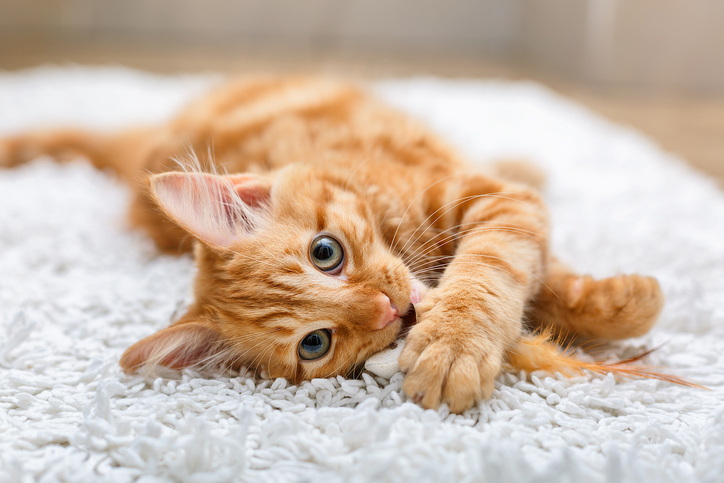 Cats are the best! I’m a huge cat lady, lover, fanatic, obsessed maniac, whatever you’d like to call it. If I see a cat, regardless of where it is, I’m so over the moon as if it’s the first cat I’ve ever encountered in my entire life. It’s a very positive yet dramatic experience, every time. With that being said, I have a cat named Leo! He’s the apple of my eye, love of my life, most precious thing to me in the universe. I love that cat more than anything, he’s just the cutest kitty. Then again, every pet owner thinks their pet is the most adorable, which I think is precious and rather interesting.

Furthermore, a lot of pet owners know that having a pet comes with a lot of responsibility as well as maintenance. Pets require a lot of work. I think people have a misconception that cats are less work than dogs since you don’t have to take them out to go to the bathroom or take them on walks. Cats are definitely more independent, which makes them easier to take care of. However, I’ll have all the cat haters and dog people know that cats are just as much work as dogs are! By the way, for the record, I love dogs because they match my level of affection and I truly believe they are the sweetest creatures. But, I have a theory on what I think the difference between having a cat and having a dog is: cats don’t necessarily need or care about their owners; they’re around strictly because humans feed them. Dogs on the other hand view their owners as the center of their universe. They’re loyal, loving, immensely affectionate, and there to cheer you up when you have had a rough day. Cats? Not so much. They will cozy up to you and purr intently solely because they’re hungry, not out of the goodness of their little cold hearts. Those sneaky and sly little felines!

Anyway, lately Leo has been quite mischievous and just a nightmare kitty to deal with because he’s been urinating in one specific spot in our dining room, instead of going in his litterbox. At first, I thought it was due to the fact that I had been neglecting to clean his litterbox; as in washing it out completely. It made sense as to why he was doing this, cats are super clean animals and not a fan of uncleanliness especially when it comes to their litterbox. So to get this situation under control, I started washing his litterbox till its squeaky clean, once a week. I also closed the door of the dining room completely, so he was barred from entering and had zero chance of urinating there. The problem was seemingly solved! Or so I thought. One day, I opened the door of the dining room and Leo inquisitively strolled in, while rubbing against my legs happily. He jumped onto the window sill and looked outside, which I didn’t think anything of since it’s a normal cat thing to do. Suddenly, he hopped off and proceeded to urinate right before my eyes! I exclaimed, “Leo no! What are you doing, stop!” He scurried away quickly, mid urination.

Later that day as I desperately tried to clean cat urine from the carpet, it dawned on me what the source of Leo’s bad behavior was. I looked out the window and noticed a stray cat wandering nonchalantly in the front yard. I was flabbergasted, no wonder Leo was peeing here, that stray cat that was wandering all over our front yard was making Leo territorial! Shocked at this discovery, I took matters more seriously and researched how to calm Leo down to prevent him from turning our lovely dining room into his new giant litterbox. Because who wants to eat in a room that reeks of cat urine? No amount of boujie candles and scented wallflower plug ins can fix that God awful scent. I’m certain that all of my fellow cat moms and dads can attest to just how horrendous that stench is, it is horrible!

Furthermore, to remedy this pesky and incredibly inconvenient situation, I researched why Leo was peeing outside of his litterbox in the first place and learned it all came down to anxiety and stress. The stray cat prancing around our front yard was causing him a great deal of distress (just as I thought) therefore causing him to lash out and mark his territory inside of the home, since he’s an indoor cat. I noticed his preferred spot to urinate in was underneath the window, the same window he peered out of when he obsessively watched the stray gallivanting outside. Anxiety by Homeopet has been a lifesaver in terms of calming Leo down and stopping his marking habit from getting out of control. I put a couple of drops of the pet formula in his water dish three times a day. Since then, I’ve noticed he’s calmer, less jolty, and overall seems to be behaving. Washing his litterbox once a week coupled with giving him the Anxiety formula worked wonders. I’m paw-sitive that Leo will behave now.