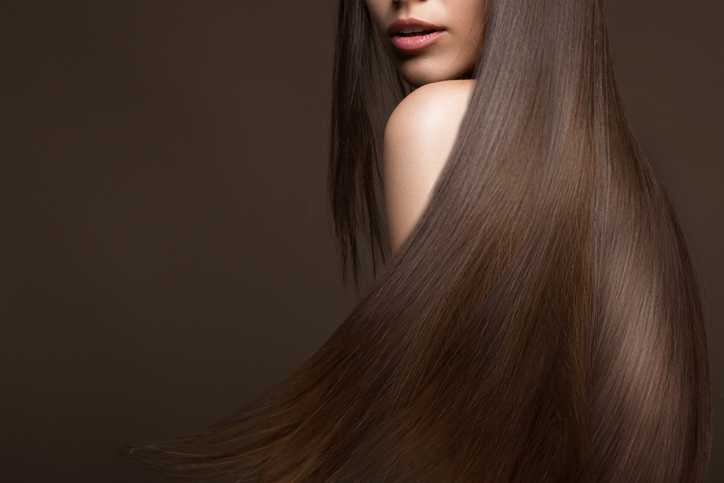 When I was younger I had extremely thick, frizzy, and slightly wavy hair. As I matured, I discovered the wonderful invention that is the hair straightener, I got a little carried away with it however. I would straighten my hair frequently to keep up with the pin straight hair trend that was going on at the time. As I got older my hair became noticeably thinner and felt less heavy. All those years of straightening my hair two to three times a week were catching up with me! I started taking better care of my hair and putting castor oil in it as a deep conditioning treatment. Castor oil grows hair thicker, longer, and stronger. Then I found out about a few herbs and supplements we carry at Acupuncture Atlanta, specifically for hair and nails.

RegeneMax Plus by Xymogen is a must have product for anyone who has brittle nails and thinning hair. This incredible product thickens and strengthens hair, strengthens nails, and supports healthy bone mineral density as well has bone flexibility. It also contains collagen which is great for reducing wrinkles. RegeneMax Plus should be incorporated into an anti-aging routine, if you have one.

Shou Wu Tablets by Seven Forests is another beneficial Chinese herb for hair. It tackles graying hair as well as promotes hair growth. The story behind this Chinese herb is magnificent. There once was a Chinese man who had a fight with his wife so he left and went to go live in a mountain for years and years. He had a head full of gray hair. He ate the He Shou Wu plant also known as Polygonum cuspidatum, everyday while he was residing in the mountains. When he returned to civilization, his hair was jet black and immensely long and people were dumbfounded at the sight of him, it was as though he had aged backwards! People deemed him the famous Mr. Black, because his hair was dark as the night. I recommend RegeneMax Plus and Shou Wu Tablets for maintaining hair, skin, and nails. Particularly the Shou Wu as it will make your hair long and dark just like the famous Mr. Black!